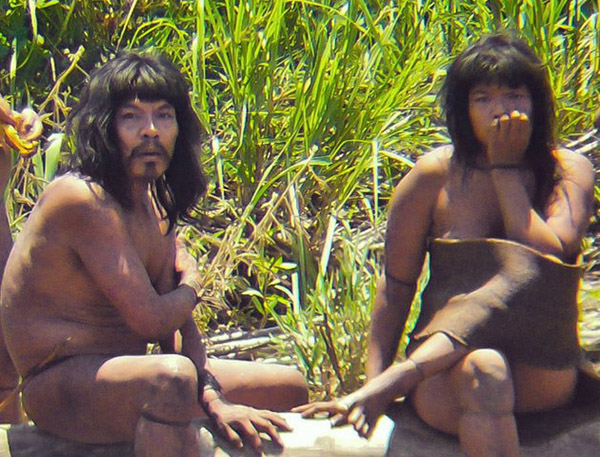 Grateful Blog: Day 33: I just read an article online this morning—perhaps you’ve seen it already, about an indigenous tribe that was photographed somewhere in the Amazon rainforest. It’s a bit of a sensation because they’re so infrequently seen or photographed. The article went on to mention that worldwide roughly 100 such tribes are said to exist. There’s probably some …

END_OF_DOCUMENT_TOKEN_TO_BE_REPLACED

Oh the bartender’s yelling ‘Last Call’ again
I think she means it, this time
She’s been on her feet, all night long
Just watching her, is makin’ me tired

Chorus
And I’m holdin’ on, to one song at a time
Just tryin’ to play it right
Then I’m 200 miles, down the road
So I think we should Call it a Night

Oh the crowd came and went, paychecks got spent
The drinks, ebbed and flowed
Some listened a while, some didn’t and left
A few even, laughed at my jokes

And the guy in the corner, who stayed all night
Hey ‘Thanks’ for making the show
Sometimes there's just one, but one is enough
Hell, it's better than singing alone

And I think it's some kind of trick
How the night goes by so quick
Well it’s been a good ride, but I must confide
Some nights I think I should quit

See the guy working sound, $20 bucks says
He plays guitar better than me
That he’s lived in a van; and he’s been in 6 bands
So he’s paid that price, to be free

And he knows what it’s like, to be stranger each night
And how lonely that can be
Tonight for next to nothing, he made me sound like something
So I’d like to tip my hat to thee

I was a child, that was long ago
Long before the world taught me, what I’d need to know
And what I didn’t learn, I’ll just leave it all behind
For somebody else to find

Soon I grew into a man; wanderlust took hold of me
I rode the Greyhound bus, saw a little of the country
But those old men tellin’ stories, that’s the part that I liked best
But even old hounds, could use a little rest

There ain’t no future in the future; even the truth is in the past
The present’s here and now, but I don’t think it’ll last
Besides no one lives forever, said the sapling to the tree
But know you'll always be lookin’ down on me

Oh Lord have mercy on me, I’ve been wicked in my ways
They say there’s 7 deadly sins, I think I’ve found an 8th
So tell all the one's you love, that you hate to leave behind
Just you wait, 'cause that sun's gonna shine

When I woke up this morning, washed the sleep out of my head
I tried hard to remember, all the things Last Night said
It was a gathering of tribes, musicians and the like
And friends from far away, we hadn’t seen in a while
So it was welcoming and friendly; smoke got passed around
When the beer ran out, wine showed up, and no one turned it down
So we got drunk and we were foolish, it got a little out of hand
Last Night a chair that used to sit, now only can stand

In the kitchen comrades gathered, in the backyard they smoked
Down the hallway, I only caught the punch line to a joke
Where some girl apologized, for spilling her wine
And someone played DJ, but why’s it always a guy?
Soon the intimate and amorous, paired up and left
A couple made out on the couch, where someone else slept
And that brunette with the smile, that I was desperate to know
Last Night she left with someone else, and that’s just the way it goes

Some 'Goodbyes' were short and sweet, some lingered on the porch
Where old friends agreed not to be, strangers anymore
And some we’d lose touch with, we might never see again
That’s why these nights are precious, this unlikely band of friends G
And the party died down, just a few of us left
But we were too buzzed to drive, and we were too dumb to quit
But we were stoic and we were strong, so we vowed to soldier on
Last Night we made a pact, to stay awake until the dawn

We spent those hours telling stories, till a tangled web was spun
And we could not believe that we’d survived, the crazy things we’d done
We solved all the world’s problems, yeah, ‘cause we were young and wise
We spiked our whiskey with coffee, waited for the sun to rise Exhausted and wired, hung over but inspired
Something without a name we knew, had transpired
Yeah, 'cause we were Kings, and we were Queens, at the breaking of the day
Last Night there was poetry, in all we had to say

Her name was Sandy Davis, it was the Homecoming Dance
She was pretty as a sunset, didn't think I had a chance
Her friend gave me her number, but I was terrified to ask
I even called her house one time, and hung up on her Dad

One day in English class, Sandy handed me a note
"Sadie Hawkins dance this Friday, do you wanna go?"
She knew all the steps, and I didn't have a clue
But when she grabbed me by the hand, that's when I knew

Next weekend at the movies, we barely watched the show
We were sitting in the way back, when the lights turned down low
I knew it's now or never, as I leaned in for a kiss
She said no one's ever, made me feel like this

She taught me a lesson, about taking a chance
You may not be ready, when fate takes your hand

Surrender everything that’s past, let the night go free at last
Remember every die that’s cast, gets cast aside
Then gets thrown upon the pile, of broken wings and crooked miles
October geese, the rank and file, go South again
I could hold you, like their song, holds the wind

You know Surrender’s nothing new, and before the season's through
Something borrowed, something blue, made me see
That the long nights apart, hadn't poisoned your heart
Like a stolen work of art, returned to me
Won’t you hang your star, on my Christmas tree?

Then come dance the floor with me, Surrender to eventually
Wear that dress, just for me, tonight
And feel the white oak ‘neath your feet, till Surrender is complete
Lay me in my bed of leaves, piled high
Then I'll sweep you, like a waltz, in three-quarter time

And let this Surrender be your last, let the past just be the past
Don’t think twice, don’t look back, we’re almost there
I will fix your broken wings, with paper mache and string
The first sign of Spring, in the air
We can go back North, or anywhere

Surrender everything that’s past, let the night go free at last
Remember every die that’s cast, gets cast aside

Route #4 took a turn for the South, just as the day ran out
I could feel it in my knees and in my back
As far as I can see, that wheel was steering me
Some hands you play, some you lay face flat

Chorus
It's easy gettin' lost, that river ain't hard to cross
But comin' back, that'll get you every time
Come the mornin' I'll be gone
And since goodbye is just too long
I'll see you maybe, Somewhere Down the Line

Well I've paid my dues in ice machines, and motels that still use keys
And credit cards I left in bars, I did not mean to leave
I used to count the days, that I was gone from you
But numbers never tell you, what you want them too