"As I kid I fell in love with story songs by the likes of Jim Croce, Harry Chapin, and Gordon Lightfoot. One of my first memories is being about 5 years old, transfixed by 'If You Could Read My Mind' on Mom's old AM radio. Fast forward 20 years, I got my first guitar while working off-the-grid as a Park Ranger in Canyonlands National Park. I was alone, 168 miles from the nearest town, so I started writing songs."

Weber draws inspiration from a wide range of life experiences such as growing up as an altar boy and Eagle Scout, then following the Grateful Dead and of course the wide open spaces of the West he explored as a Park Ranger. He's worked driving a forklift, in factories, mucked stalls, painted houses, and finally started his own real estate appraisal company, before quitting to pursue songwriting and touring full-time. He has a knack for telling funny stories and writing songs that make you want to sing along, tap your feet, and be transported like some epic road trip. If you like Guy Clark, Robert Earl Keen, Todd Snider or Hayes Carll, you’ll love Dan Weber’s music.

In 2019, Dan was the winner of the prestigious Woody Guthrie songwriting contest for 'Ever Since Columbine', his timely song about gun violence, and in 2021 he became a rare 4 time finalist in the legendary Kerrville ‘New Folk’ songwriting competition. 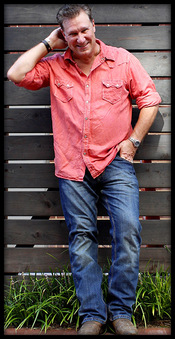 His discography includes 'Ash and Bone' (2012) "4 Stars: The touch of a true Master Craftsman songwriter" (Maverick Magazine) and 'What I’m Lookin’ For' (2015) including crowd favorite '(I Deal with) Crazy ALL Day'. In 2022, he released his much anticipated 3rd studio record, 'The Way the River Goes', which promises to be his best work yet. He currently lives near Dallas, Texas.

His songs have been described as "Guthrie-esque and reminiscent of early John Prine" and "A rare combination of wit, emotion and Harry Chapin-esque imagery" and the UK’s Maverick Magazine said: "4 Stars: The touch of a true Master Craftsman songwriter." There’s also been recognition from DJ’s: "Hank and Jesus is easily the best folk song I heard last year" and The Victory Review wrote "Weber's writing is as strong as any in the Contemporary Folk community. Goodbye to Dad is one of the best original tunes that I have heard in a long time."

After the success of 2015’s release of What I’m Lookin’ For, a 14 song CD of classic Folk and Americana that climbed to #6 on the charts and included Oh Woody as well as the breakout hit (I Deal with) Crazy ALL Day, an everyman’s anthem and crowd sing-a-long favorite, Weber is currently working on his first live recording and new material for an upcoming CD. If his phenomenal growth in such a short period of time is any indication, it promises to be his best work yet.

"When I was little, growing up in Western New York, we'd go on a big road trip every summer. We'd leave in darkness and I'd sit on the front bench seat of Dad's old Pontiac Catalina, mesmerized by the green glow of the dashboard lights. By morning we'd be in Pennsylvania and tomorrow we'd be crossing into the South. I sat up front because having 3 boys in the back seat was generally a recipe for disaster. Mom would navigate the interstates with her well-worn roadmaps folded just so. Dad would drive with both feet narrating at 70 mph, giving some obscure historical fact, the types of trees we were seeing, and where the long freight trains were headed. 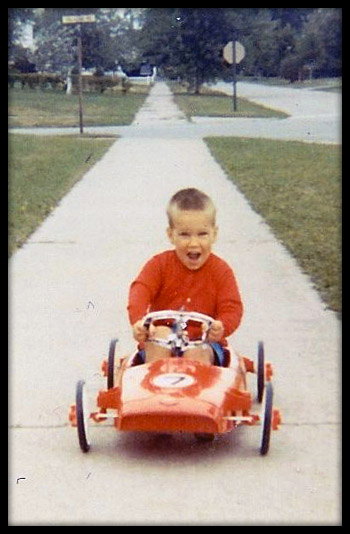 "When the reception was clear enough we'd listen to the local AM station, playing the 70's hit songs by Gordon Lightfoot, Johnny Cash, Marty Robbins, Harry Chapin, and Jim Croce, etc. There was something magical about those drives that made those songs and the stories in them come alive. I wanted to know the people in those stories and see the places in them.

"Later, as a Boy Scout, I got my first chance to go 'West', to Wyoming, Colorado and New Mexico. I poured over maps for weeks, entranced by names of seemingly exotic places like: Cheyenne, Denver and Santa Fe. In 1988 I came west again for three months. This time, as an adult, I saw the country through new eyes: Las Vegas, San Francisco, and Los Angeles. One weekend we borrowed a friend's Nissan 240Z and drove down to Ensenada, Mexico. We then hitchhiked back up the California coast, sleeping on the beach and getting in as much scenery (and trouble) as possible before the summer was over.

"Then one night back home in 1989 at a local bar on Water Street, I ran into this guy named 'Joe' fresh out of the Army, who said he was moving to Spokane the next day. I bought him a drink to help him celebrate, then he bought me one to help me help him celebrate. Before I knew it, I found myself in the passenger seat of his 1978 primer-grey Pontiac Trans-Am, headed west again, for the third time. Stopping at my best friend's house in Ohio, I was surprised to find him packed and ready to go. So we just made what room we could, in that little back seat.

"The trip went fast and the country's great river's passed beneath us: The Mississippi, Missouri, Yellowstone, Snake and Columbia. In that wide open country I searched the FM dial for the songs and stories I remembered from road trips past, and frequently we saw trains, and I wondered where they were headed. We split up in Spokane, and at 4am the two of us headed to Seattle, the 'Emerald City', landing there unceremoniously under a blanket of torrential grey rain on December 2nd 1989.

"That was 32 plus years, more than half a lifetime ago. What I didn't know then was that once I left home, I could never really go back again. Seeing the country changed me and so did the people I'd met. I wanted to hear their stories and desperately wanted to know what mine was. So I kept searching and kept moving. I spent 2 years in Utah as a Park Ranger at Canyonlands National Park. I drove cross country and back at least twice and slept under the stars as much as I could. I did a lot of late night driving and I'd love finding a local DJ who somehow knew the song I needed to hear. Finally by accident or fate, I found myself in Portland, Oregon, back in the Pacific Northwest. i got married, settled down and stayed there for the next 27 years.

As a Park Ranger, out of a combination of isolation, loneliness and wanderlust, I began to play guitar and write songs. I tried to capture the stories I'd heard, the vast landscape around me, and the inspiration of so often sleeping under the stars. So by the time I released my first CD 'Ash and Bone' in 2012, the songs and stories had been embedded in me for a long time. I followed it up in 2015 with my 2nd record 'What I'm Lookin' For', which felt like a mission statement to me---a declaration of purpose and intent. I was older, settled, and felt like I knew who I was, where I wanted to be, and could see it clearly---or so it seemed. But now, looking back, and listening to the songs, I can hear that I was still searching for something. 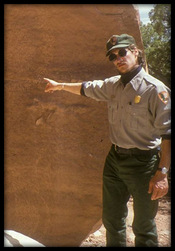 In 2019 my Dad, my hero, died from lung cancer. Having lived nearly 3,000 miles away for 30 years sticks in my craw as one of my life's great regrets. The visits were too far and few between and would never be again and I still had so many questions I wanted to ask him---and no longer could. In response perhaps, I wrote a handful more songs and suddenly had 30 or so to choose from. In late February 2020 I went into the studio in Truth or Consequences, New Mexico and laid down 14 tracks and we finished on March 9th. Just 48 hours later, the world abruptly shut down due to the Covid-19 pandemic. In early 2021 I got divorced, then spent 10 days rafting over 200 miles of the Colorado River through the heart of the Grand Canyon, and moved halfway across the country, just outside Dallas, Texas.

None of the things that have happened in the past few years I would have predicted, but here I am, still searching and in many ways, starting over. In 2022, I released my 3rd full length record, 'The Way the River Goes'. I didn't realize it then, but in hindsight, nearly all of the songs are about trying to find a new perspective, moving towards---or away from, something, someone or someplace. When I wrote those songs I really couldn't see it, but yet it was right there all the time.

So it's been a long journey, a lot of miles for that kid in Dad's '74 Catalina to where I am now. They say 'everything changes' and maybe it eventually does, but what I wrote on Thanksgiving Day of 2011, still rings true to me today:
I like to think of my torn road atlas as part souvenir of the journey, and part guide to the future. I like to think that on any night, someone you meet can change your life. And I also like to think maybe you'll hear one of these songs and feel that it's as much your story as it is mine.

"I'd like to think I haven't changed that much after all. I still love long drives to shows, festivals and to your homes. I still love finding that song on the radio that somehow the DJ just knew I needed to hear. I still watch for trains and wonder where they're headed, and I still love songs like the ones I grew up with.

"I always fall in love with the stories..."