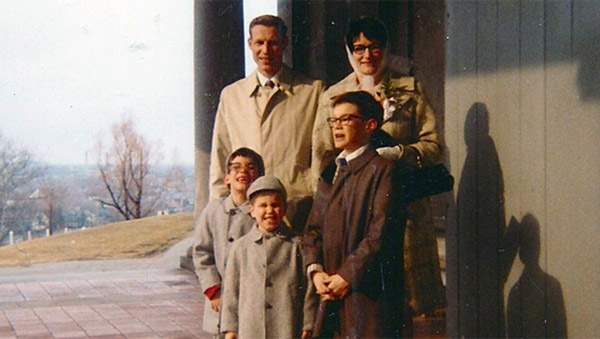 Grateful Blog: Day 72: 2 of my older brother’s had birthday’s this past week. There was Stephen on 7th and Gerard today on the 12th. I’ve known Gerard my whole life. He’d a good egg and a better person. He’s a talented guitar player, a devoted Christian and generally good guy when he’s not being too darn sarcastic (wink). It comes with the territory though. He was born prematurely and had to battle a long time just to be here. I think that changes you in some way. And this past year, he would up with one of those mysterious ‘killer’ infections that darn near got him. He was sick for at least a month, hospitalized a bunch of that and I was petrified with worry. I don’t think he knows that. So today, on his birthday, I’m Grateful for my brother Gerard. The good Lord has seriously tried to take him several times already and Gratefully he’s nowhere near ready yet. Gerard sings and plays in church every week. It’s a big part of his life. He’s still got God’s work to do a while longer. A long while longer I hope.

My other brother Stephen, well he was a different story altogether. In fact, he’s always been just a story to me. When he was just one year old he got pneumonia and died. Just a little guy. I never knew him. There’s not a lot I know about him because there wasn’t much to know. There’s no apocryphal insight’s. He’s out family’s angel though. The shining star. The one gone too soon. In some ways that took the pressure off all 3 of us, and in some ways maybe we had to live for him too. I never know how it affected my oldest brother Michael because I never asked. Maybe it didn’t. He was so young too when it happened. But he was there, while I wasn’t. Mom celebrated his birthday this week, she always does. Me? I’d just like to meet the guy someday. See how he turned out. I figure he’s a bit of an amalgamation of the rest of us, kind of like my brothers and kind of like my parents. In other words he’s family. So yeah, I’d really like to meet him someday. The brother I never knew.

So today I just wanted to say that I’m Grateful that my brother Gerard made it this far to celebrate another birthday and I’m hoping he makes it a whole lot farther. He’s still got things to teach me, I’m sure of it. And Stephen, well I’m Grateful for him too. I think his dying so young changed my family in ways that maybe none of us ever understood. And I like to think it made us stronger, especially Mom and Dad. You know a lot of folks point to their childhoods and say ‘It was unhappy’ or ‘this bad thing or that happened’ but I have none of that. I only have fond memories of 2 loving parents and 2 great brothers. As childhood’s go, it was as happy, benign and blessed as they come. I’m Grateful for that too today…Peace.