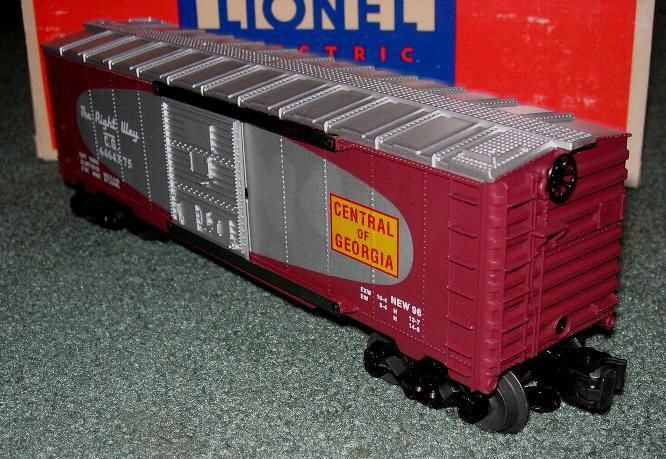 Grateful Blog: Day 56: Still feeling the latent effects of the flu today but I managed to get out for a few hours. I had to. There was a train show in town. Basically a show devoted to model train fans and train lovers of all ages. There’s ever imaginable train related thing from toy trains to giant computerized running layouts to memorabilia and artwork. And there’s kids there of every age, some little one’s wanting in a long line to ride on Thomas the Train and others in their 80’s, still looking for that next great ride in life, be it getting on an actual train or building it in miniature.

When I was a kid my Dad had this seriously cool Lionel train layout in our basement. All three of us boys loved going down there after finishing out homework and turning off all the lights and running the trains’ full speed in every direction they could go. Inevitably things went off the tracks and crashed but that was half the fun. Little did we know that were inadvertently damaging what would today be valuable antiques. Somewhere in the early 1980’s, during some particularly hard economic times, Dad sold most of the trains to pay a few months of the mortgage. Looking back I wish he didn’t have to but I respect his decision more than ever because I know what they meant to him.

Still, Dad saved what he’d bought specifically for us boys, boxed them up, and kept it for us. 30 years went by before I took mine out its musty old box and set up a little Lionel layout in my den. It’s up above my head and just below the ceiling and now and again, I run it for a few hours and that whirring/clacking sound and oily/ozone smell brings me right back to being a kid in the basement again. I even got inspired by it one morning seeing a particular boxcar and wrote a song called ‘Take the Central Georgia Home’, a Civil War era train song that’s on my new CD release ‘Ash and Bone’ (That’s Shameless plug #87 if you’re counting…).

But the thing about toy trains is that it’s never bean a means to an end. There’s a bunch of guys who serious collect this vintage or that style and they talk in their very own language in hushed tones like ‘That’s a number ‘6464’ boxcar in the rare Amour yellow and navy color scheme but the condition is iffy because the trucks have been modified with mid-60’s, I’d say 1964 by the looks of it, knuckle couples and the original box is gone too.’ Whoa…While I ‘get’ where they’re coming from it’s never been like that for me. It’s always been an hour or two escape from life’s drudgeries and a love affair with those big, rumbling machines. And there’s something unique about their siren song whistle that calls you to wonder where they’re headed—and wanting to be on them to see what’s around the next bend.

That’s the romance of trains, big, small and miniature. I rarely buy much at the shows/swap meets but I always meet the most interesting people, usually about Dad’s age, who have a lifetime of stories to tell. So today I’m Grateful for the love of trains, model, real or otherwise, that Dad passed down, father to son. And I’m also Grateful for the men and women who still find something incredibly romantic about them. Before I left he show I ran into Michael fromCalifornia, a guy I’d seen and talked to several times before at past shows. He said, ‘Hey, how’s that CD coming???’ Of course, I’d left them I the car, about 12 blocks back, but he gave me a new $25 caboose I’d had my eye on and said ‘Send me a CD, we’ll call it even.’ You know sometimes the money just doesn’t matter, and that’s just another reason why some of us love trains…