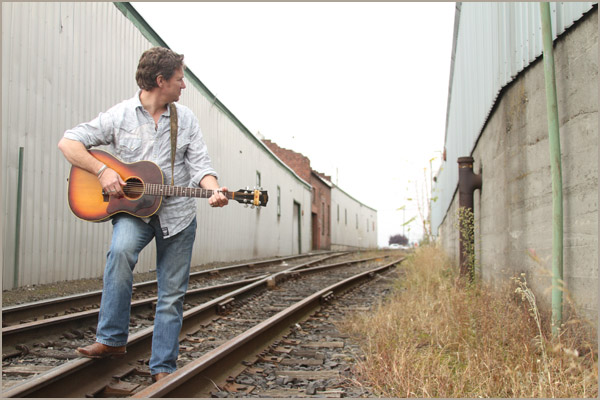 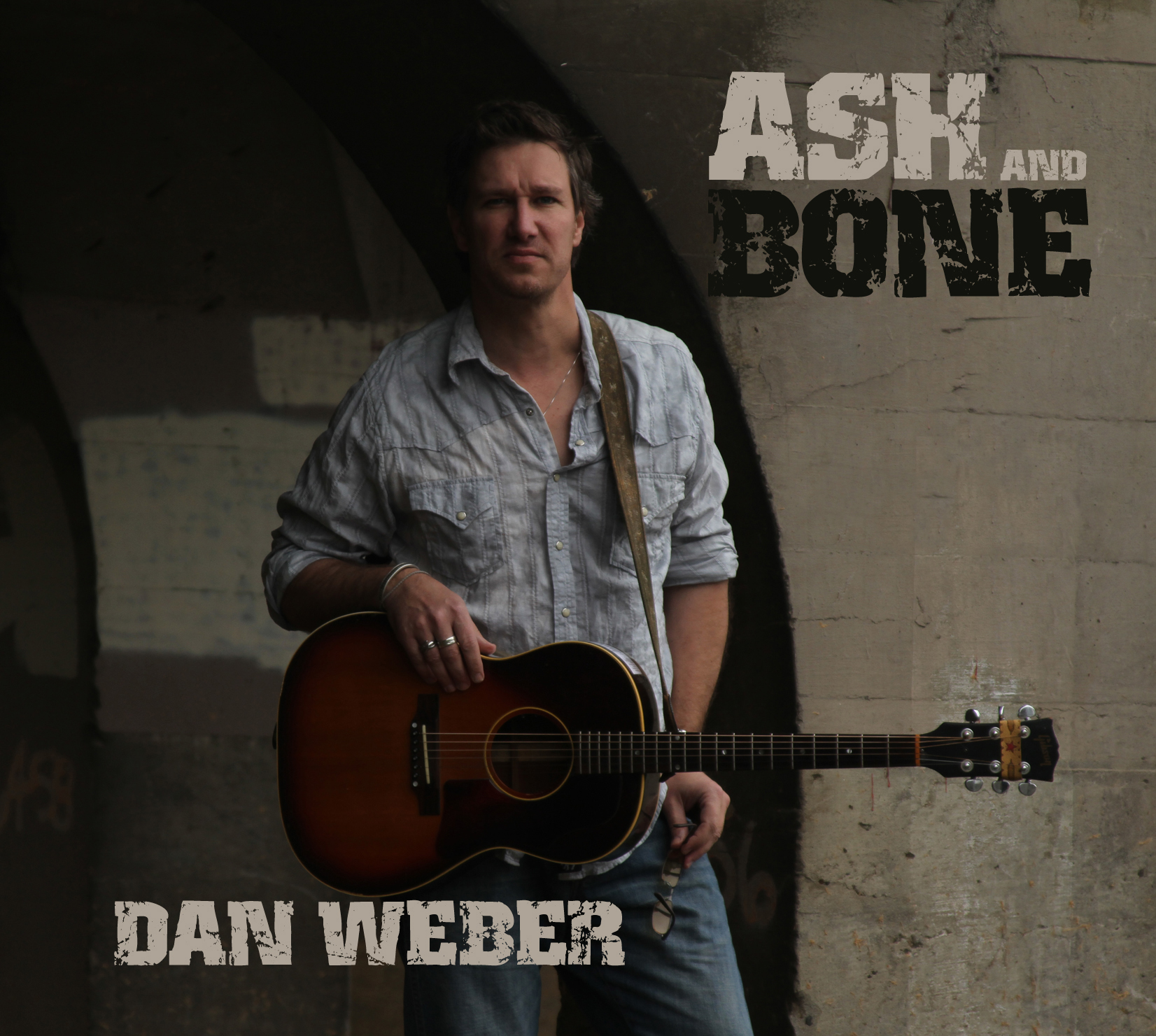 Back about 15 years ago, I started listening to my favorite local radio station, KBOO 90.7 FM every Saturday morning from 6am to 9am. Religiously. Even if I’d been up all Friday night, I’d set my alarm to still wake up at 6am and throw in a blank cassette tape in and listen to it later. The show was ‘Swing and Country’, which played old 50’s-70’s country, everything from Bob Wills to Buck Owens. The GOOD stuff. The DJ’s would lug these milk crates of their old vinyl records down to the station, and play them like you might never hear them again. You can hear all that popping and hissing on those cassettes, (I’ve got still got at least 40 of them) and its pure gold. It was the ‘Real’ thing and besides, it WAS 6am after all, so you can’t really argue with what the DJ wants to play since they got up waaaay before you did.

So one morning one of the KBOO DJ’s decided to play something much different. It wasn’t country AT ALL. One guy sang a great song about the ‘Big Water’ of the Mississippi River flooding and I was fairly sure that was Iris Dement singing along. This other song the guy played the banjo. It was a bit of cross between Bob Dylan’s poetic sense and hurricane. And it kept coming back to this line about ‘The River Where She Sleeps’. I was completely entranced. I listened to that tape constantly that winter, having no idea who those songwriter’s were. Eventually, through the magic of the internet, I discovered that first songwriter was the great Tom Russell. The 2nd one? Yeah, that was of course the legendary Dave Carter. Those 2 songwriters have influenced me greatly. I’m inspired by their gifts and dedication to their craft. Meeting Tom Russell on a Mexican train in 2006 was the impetus for me to start writing songs. Heck, he even played ‘El Paso’ on my pawn shop guitar (and then signed it ‘I played this guitar!). Dave Carter of course tragically died nearly 10 years ago, but his music continues to inspire me.

So does 90.7 FM KBOO in Portland. Not only is ‘Swing and Country’ still going strong, but there a bevy of great shows, like Diane Hunt’s ‘Folk Espresso’ http://kboo.fm/FolkEspresso and Jack Bohl’s ‘Pastures of Plenty’ http://kboo.fm/pastures that start at 5:30am weekday mornings and go through the rush hour commute. There’s something just so peaceful and relaxing in the morning listening to great original Americana and Folk music, played by real DJ’s who live right here in Portland (and not programmed by a corporate marketing guy in Houston). I listen to it every morning when I get up and yeah, I still get up at 6am to listen to ‘Swing and Country’ on Saturday mornings.

So it’s REALLY exciting news that I get to play an ‘on air’ show at KBOO THIS Monday Morning February 6th from 6 to 7am with Folk Espresso’s Diane Hunt http://kboo.fm/node/33438 I’m gonna play a few favorite songs, and she’s going to spin a tune or 2 off the brand new CD ‘Ash and Bone’!

And since it’s coincidentally their annual pledge drive you’ll be able to get your copy of ‘Ash and Bone’ BEFORE anyone else does by pledging a little $$ to the station. I don’t need to tell you why you should do that, because I already did. This isn’t ‘corporate’ commercial radio. This is Local, Volunteer run and Community based. I’ve been a member for a long time because I believe in those things—and because frankly, they play Tom Russell, Dave Carter, Bill Morrissey, Marty Robbins and Dan Weber! Find me another station that does THAT?! So Please, (pretty please!) tune in and call the station, and tell ‘em you love what they do, what they play and what they stand for by pledging a little $$ and get your copy of ‘Ash and Bone’ early! Besides I don’t want to have to guilt you into it on the air. After all, I was raised Catholic and I WAS an Alter Boy. Whoa, did I just say that out load? I guess THAT secret’s out now…

OK. Although I’m going to say this 19 more times, ‘Thank You!!!’ The CD release show at http://www.artichokemusic.org/calendar/021812.html

Artichoke Music sold out in a near record 6 days. It kind of shocked everyone at the venue and me especially. I’m humbled and so grateful. It WILL be a Great night and then there’s the after party at the Doverlaff Mansion in the infamous Tiki Room where we might just play all night. Consider this your invite! You SHOULD come. Email me for details…

Speaking of the fabulous Doverlaff House Concert Series, we’ve added a 2nd Official ‘Ash and Bone’ CD Release Show, this one as special as the first, on Saturday March 24th. It will be in that same intimate Tiki Room and will feature Mike MidLo of far and wide Pancake Breakfast http://pancakebreakfastmusic.com fame opening up the night. I first met Mike at the always incredible Sister’s Folk Festival and have been a big fan ever since. For tickets: Contact Dan Dover at doverlaffhouseconcerts@gmail.com or 503-730-3189. You don’t want to miss seeing Mike MidLo and this show! Also…I might just be giving away a pair of tickets on Monday’s show on KBOO for a few pledge $$ (Hint, hint…)

And finally back to KBOO, and remembering all those great shows I’ve listened to, on Saturday morning March 17th (St. Patrick’s Day) Jerry and I will be getting up early to play live on ‘Swing and Country’ during Wayne Johnson’s (and Kathy’s) show http://kboo.fm/SwingCountry around 8am. I’ve got to tell you, playing live on KBOO is a big honor to me, and frankly it’s a bit surreal considering I’ve been listening (and taping) the show on the other end for all these years. It’s beyond cool. Don’t forget to set your alarm and tune in!

And Finally the News…

Just last week my song ‘Goodbye to Dad’ (the inspiration for the title ‘Ash and Bone’) was named a Semi-Finalist in the Great Lakes Songwriting Contest http://www.greatlakessongwritingcontest.net/ Pretty dang exciting!

Yup. My new blog ‘The Grateful Blog’ is now in its 35th day (only 330 to go!). It was my New Years resolution to be Grateful for something or someone every day of 2012. It’s my way of giving something positive back to the Universe. You can find it at: http://danwebermusic.wordpress.com/ and click ‘Follow’. It’s pretty cool, or as my friend Barbara Louis recently said “The best way to start my day…reading Dan’s Blog!” Sweet!

And speaking about blogs: Check out our friend Gerry Hubbard’s blog: http://hubbardfamilymusic.blogspot.com/2012/01/wishing-is-just-for-fools-dan-weber.html?spref=fb

Please tell your friends to come see us play and say ‘Hi’. We’d love to meet them! Thanks again! for Listening,Reading, Sharing, and Helping me make this long musical journey possible!

Get show specifics (times, addresses, etc.) and listen at

Check out my one and only video by filmmaker Travis Madden of my song ‘Hank and Jesus’ at: http://www.youtube.com/highway142/

If you didn’t see it already, here’s a cool feature article that Rob Cullivan did last year for the GreshamOutlook http://www.theoutlookonline.com/features/story.php?story_id=130386495708649600