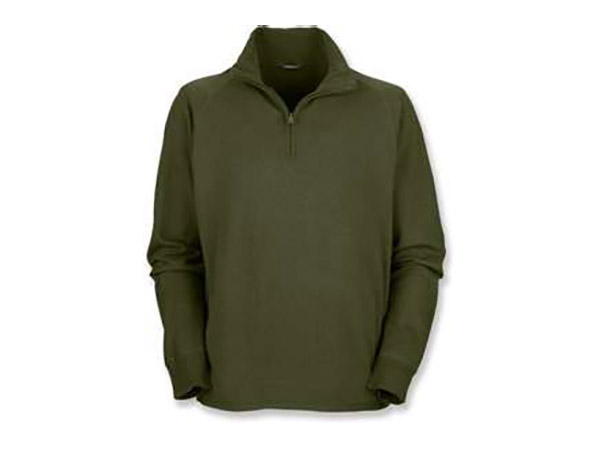 Grateful Blog: Day 44: I always hated it when someone bought clothes for me. Didn’t really matter who. I felt obligated to wear it and yet likely never would. So maybe 5-6 years ago we had dinner with our friends Scott and Susan for my birthday. They gave me a green polar fleece sweater. Predictably I didn’t wear it much at first, it was nice though: thick, warm, comfortable and looked cool. But still I rarely wore it. Almost 20 years ago I met Scott when I was a Park Ranger in CanyonlandsNational Park. On a blistering hot day, in literally the middle of nowhere, he had a backpack full of cold beer and offering me one, a friendship was born. That was Scott in a nutshell. He made a thousand friends that way. From the guys he met at work to the guy he met at the local sub shop. It really didn’t matter; he was a friend to all he met.

Even though we’d only met once that fateful day in the desert, when I first moved to Portland he invited me out to meet his friends and soon enough, I had a handful of new friends in a city I’d never lived in. After that we went of dozens of outdoor adventures together: backpacking, skiing, hiking, camping—you name it. He was great guy to be around. Unfortunately, Scott suffered a terrible 7 hour long seizure up on the flanks of Mt.Adams several years ago, and it nearly killed him. He went though countless months of rehabilitation and through dogged persistence was able to drive and work again. He wasn’t 100% the same guy but 80% of the old Scott was still a walking, talking miracle. He did odd jobs for me here and there when he needed a little work. Once I asked him to trim a bush and I came home to find the entire bush pulled out, laying there forlorn in the driveway. That sort of stuff happened to the ‘new’ Scott but it was just a bush you know. We laughed about it afterwards. Somewhere about that time Scott and his wife Susan gave me that sweater.

Scott’s been gone now for just about 4 years now. It seems longer. Another seizure and this time it went too far. He’d even been to the doctor that morning, just a routine thing. He’d been doing really well. But you just never know about these things. I think of Scott a lot these days. He was a plant nut and he gave me dozens of plants which continue to live and bloom I my backyard. I think of him when I pull up the driveway and I see where that old bush used to be, then replaced by Scott with a rhododendron, one of his favorite plants. I also think of him when I think of that canyon where I met him and that ridiculously cold beer on such a hot day, a hundred miles from any store.

But mostly I think of my old friend Scott, and his lovely wife Susan, during these cold days of winter, when I put on that thick, warm green polar fleece sweater. Some people describe an article of clothing as being ‘like an old friend’ but for me it’s so much more than that. That sweater is like a memory of the night he and I got lost hiking in the dark, and especially that the time backpacking when I got hypothermic in the cold rain and he made me hot chocolate and gave me he last dry clothing, a polar fleece sweater, to warm me up. Even now I can’t put on that sweater without thinking of him, all the good times we had, what a great and amazing guy he was, and how much I miss him. I am so, so Grateful that Scott walked into my life in the desert that day. Now I wear that green sweater all the time…