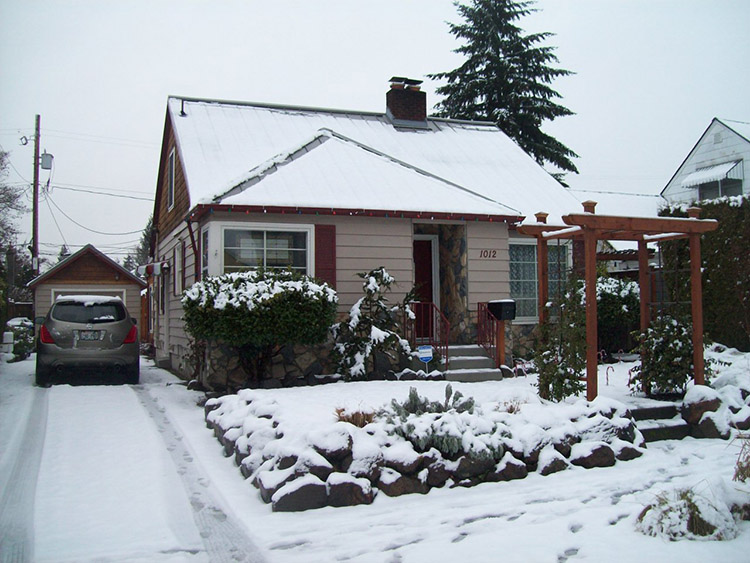 Grateful Blog: Day 41: Yesterday the government passed another measure to stem the tide of the real estate crisis. By my count this was at least he 3rd such measure. I have my own opinions about the wisdom of the government trying to fix this. Unfortunately I don’t think the 3rd time will be the charm. In a twist of fate, 15 years ago, I started as an apprentice Real Estate Appraiser and I’ve been doing that ever since. I’m hired to do all manner of appraisals: Purchases, refinances and yes, even foreclosures. Refinances and foreclosures are a bummer. The house just isn’t worth what someone was hoping it would be. It happens in purchases too. There’s a lot of anger and emotion surrounding those things and I see it in people’s faces and hear it in their voices.

Mostly it’s complicated. I think the response that the government ‘owes me’ something is flawed because frankly when real estate seemed like the next gold rush everyone (including me) bought a home thinking they’d profit wildly from the upswing. And a lot of those folks knew that they were rolling the dice because the numbers didn’t add up. You can’t buy twice the house for the same (or less) of the payment you’re paying now and not realize that something wasn’t right. A lot of good, hardworking, well intentioned folks closed their eyes (again, me included) and hoped it would work out. Heck, I do that every time I get out of bed and go to work. I still think that one of these days a computer program will replace my job, and then what am I going to do? I do think that people who were victims of predatory or discriminatory lending practices SHOULD be compensated by the banks or at least given the opportunity to stay in their homes. Proving that may be something entirely else altogether. But I know it happened. I saw it a lot too.

But like I said, it’s complicated. I’m highly sympathetic when I come across folks who through no fault of their own, usually a job loss or unfortunate medical condition, have lost their house or are in the process of doing so. It’s not an abstract for me. It’s thrown in my face with heartbreaking regularity. I meet them, every single day. In their homes I see the boxes and the resignation on their faces. I see the really nice houses and I also see the ones that are trashed. I see the ones where they fixed them up and the ones they treated like any other rental. It’s the whole spectrum. Rich, poor, black, white, blue collar, white collar, it doesn’t matter.

So when it comes to ‘fixes’ I don’t think there’s a silver bullet or a government program that’ll fix it. Writing checks might take some of the sting out but it misses the point. What I see everyday isn’t so much that folks have lost their homes, it’s that they’ve lost their SENSE of home. It turns out your house and mine truly is just nails, wood, asphalt, glass and glue. Your sense of home is something entirely different and that’s where I feel like we’re ‘Underwater’. That loss of optimism in the future is palpable. That’s what I see in folk’s faces and hear in their voices. That resignation.

The other day I found myself in one of those situations, talking with someone about to lose their home, standing on what would soon be someone else’s (or likely no one else’s) front porch. And as we discussed it I realized that while my own home is nothing more than nails, wood, asphalt, glass and glue, that I’d somehow, despite the misery I confront daily, not lost my sense of home. I know who they are. My friends, my family, my wife and yeah, even my cat. No bank can take that. And today, I’m so Grateful for that…